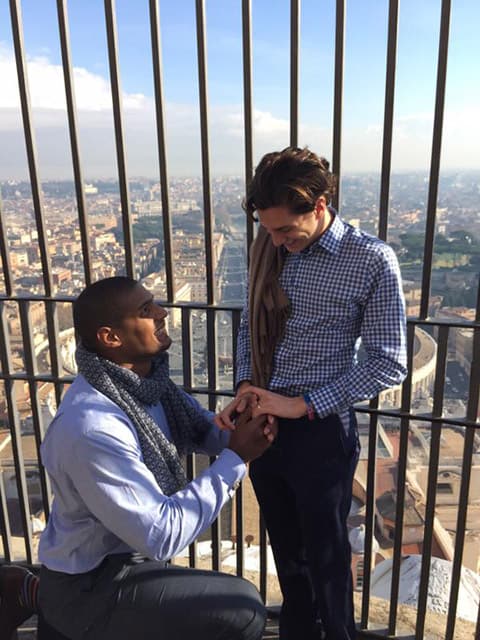 Last week we brought you news of unconfirmed reports that Michael Sam was engaged to marry his longtime boyfriend, with whom he shared the kiss seen ’round the world, Vito Cammisano.

Today, Sam confirmed those reports on Twitter by sharing a picture of him proposing to Cammisano on bended knee with what appears to be the Vatican in the background. The photo proves correct earlier speculations that the two got engaged while on holiday in Italy.

Cammisano posted a follow-up photo with ring on hand: 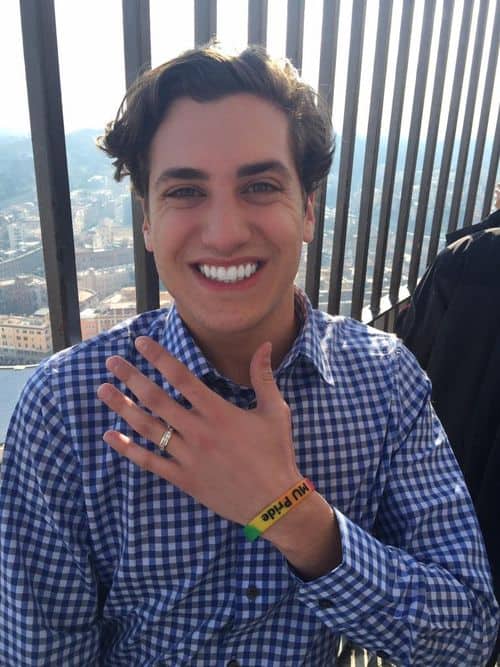 Congratulations to the happy couple!

Watch a video of Sam discussing his thoughts on marriage for last month’s OWN documentary on him, AFTER THE JUMP…

Michael Sam: “I Do Want to Get Married”