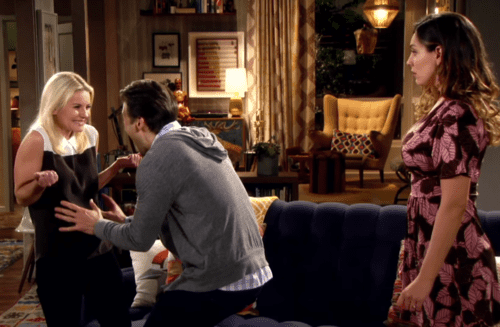 Coming in March, the show tells the story of a straight man (Nick Zano) and gay woman (Elisha Cuthbert) — they're best friends who decide to have a baby together. The catch? Just when Cuthbert's character has gotten pregnant, Zano's character finds a serious girlfriend. Think Gayby, but in sitcom form, and with principal characters' sexes reversed.

Below is the preview, featuring DeGeneres. In the video, she says: "You will love it, and I'll tell you why: there's a lesbian in it." Check it out AFTER THE JUMP…