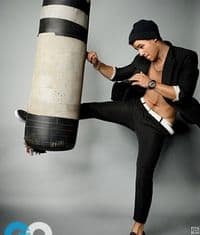 The Supreme Court was disrupted this morning by overturned chairs and shouts of protest by Citizens United protesters. Via NPR: "The session had just begun when protesters in the back of the chamber began yelling things like, "One person, one vote," "We are the 99 percent," "Money is not speech," and "Overturn Citizens United." This last was a reference to the Court's 2010 decision, issued on this day five years ago. That decision struck down limits on corporate and union campaign spending, uncorking a flood of campaign cash."

California health officials are warning people without proper vaccines should avoid Disneyland after an outbreak of measles was traced back to the Anaheim amusement park.

TIME's Steve Friess dissects the reaction to Billy Crystal's reaction to gay sex on television. "Gays won, essentially, by persuading everyone to view us as sexless because we knew that how we express love and lust was at best unfamiliar — and at worst repulsive — to many people…But now, after decades of telling the folks that what we do in our bedrooms is not of their concern and should not matter to their opinions of us, we demand that they be happy to look upon depictions of gay sex with a big shrug or, even, a round of applause. If anyone breathes even the slightest hint of discomfort or dismay, they must be berated and humiliated. Where once the anti-gay legions used shame to scare and silence us, now it’s the pro-gay forces who think it’s a weapon."

The Atlantic picks apart Mike Huckabee's recent assertion that states can ignore the Supreme Court on gay marriage while Mother Jones follows the money of Huckabee's PAC that paid his family almost $400,000. 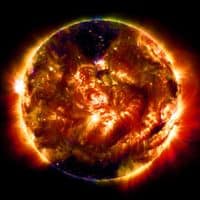 NASA unveils its 100 millionth photo of the sun.

Zooey Deschanel is engaged to be married to boyfriend Jacob Pechenik.

MSNBC on the vote to get Senators on record about climate change. "In all, out of 54 Senate Republicans, only five – Lamar Alexander (Tenn.), Kelly Ayotte (N.H.), Susan Collins (Maine), Lindsay Graham (S.C.), and Mark Kirk (Ill.) – were willing to acknowledge what climate scientists tell us is painfully obvious. In other words, about 91% of Senate Republicans have effectively positioned themselves as climate deniers, evidence be damned."

Jamie Dornan disappointingly reminds us we won't be seeing his full frontal goods in Fifty Shades of Grey. 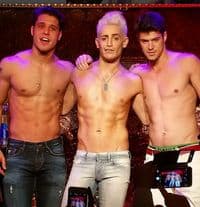 Dan Savage tackles whether NASA should name a telescope after James Webb, a guy who helped advance the space program but also persecuted gays in the 1950s.

Frankie Grande wants to #breaktheinternet with a shirtless shot of him and his Big Brother cuddle buds.

After some initial concerns from Rice University, a ball-loving student was free to transform his dorm room to better reflect his passions.

Tom Felton, who played Slytherine-supreme Draco Malfoy in the Harry Potter films, is actually a Gryffindor.

Are Adele and Lady Gaga teaming up? Will Anderson Cooper become a game show host?

The House has approved a bill that would bar federal funding for abortions, despite a White House veto pledge.

Gallup finds the American public's satisfaction with the acceptance of gay people has plateaued at 53%.

Previous Post: « Look at Which Supreme Court Justice Is Palling Around With Anti-LGBT Leaders Ahead of Gay Marriage Hearing
Next Post: Virginia Bill Banning Conversion Therapy for Minors Dies in Senate Committee »