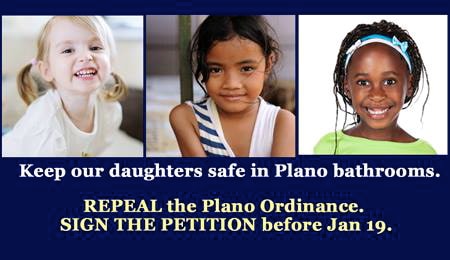 Opponents of LGBT protections in Plano, Texas, must call upon the lord to gather enough signatures to repeal them and set pulpits aflame this weekend, according to an anti-gay pastor whose group is leading the effort.

The City Council in Plano — a conservative suburb of Dallas with a population of 270,000 — approved the Equal Rights Ordinance in 5-3 vote a last month. Opponents, led by the Texas Pastor Council, must gather 3,822 valid signatures to force the City Council to either repeal the ordinance or place it on the May ballot. 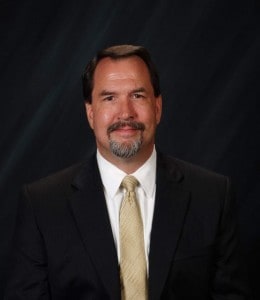 "There will be ample time to continue to debate and discuss the numerous and serious problems with the Equal Rights Policy in detail – the only issue at hand is doing everything humanly possible while calling upon the Lord to secure enough valid signatures before Monday. … The pulpits must be aflame with God’s truth and righteousness in calling openly and strongly for every voter to be faithful to this basic duty of stewardship. The current count of signatures really does not matter as IT CANNOT BE TOO MANY. EVERY valid signature is important and if people can’t remember if they have already signed it, instruct them to sign it anyway and only the few duplicates will be disqualified. Better that than no signature."

Last year, the city of Houston rejected a petition from Welch's group aimed at repealing LGBT protections, saying it didn't have enough valid signatures. The group responded by suing the city, and the case is set for trial beginning Tuesday. In court documents, attorneys for the city have accused Welch's group of forgery and other dishonest signature-gathering tactics. But in his email Friday, Welch suggested they must do whatever it takes in Plano:

"Pulpits, PowerPoints, texts, tweets, Facebook, email broadcasts and even a recorded call to your church list from you are EACH an important component of a multiple contact approach to maximize results. Is the name of our Lord, His design of male, female, marriage and family, His moral laws as well as our basic freedoms and families’ well-being worth this effort? It is decision time. Remember, it is Mayor Harry LaRosiliere and the five city council members who railroaded this ordinance through with complete disrespect to the community and good government practices who 'threw the first punch.' LaRosiliere and the council declared that God either doesn’t exist or His word is false and that even basic biological facts are up for grabs. They assaulted the Laws of Nature and of Nature’s God – not us.Our only question is whether we will allow the lie to stand or be responsible stewards and to do what is required of us to assure that His governing authority loaned to us and delegated by us to others is used for righteousness and justice – not deception and tyranny."

Opponents of the Plano ordinance have launched a website and Facebook page to spread fear and misinformation, including graphics like the one above. Ironically, Prestonwood Baptist Church — the evangelical megachurch serving as ground zero for opposition to the ordinance — has a history of child sex abuse and coverups, recent media reports have noted.

Supporters of the ordinance have also begun to organize and prepare for a likely ballot fight. They've launched their own Facebook group, which has more than eight times as many followers as the opposition page. However, the ordinance also continues to draw criticism from the transgender community over its broad exemptions, including for schools, nonprofits and restrooms.

"If the problems with this are not called out, this sets a precedent for every other municipality in Texas. … This is not a Plano issue. This is a Texas issue, and more. If they get away with the lie that this is an LGBT equality policy it will set a dangerous precedent that will be very difficult to overcome for many, many years. And the worst part is that Equality Texas is now supporting it. Mainly to satisfy 'their funders.' They want a win to spread across the state. So this appears to be their model. How nice. Another Gay Inc. organization selling out the trans community in Plano, in Texas, and more."

On Friday, gay activist and Iraq war veteran Sean Sala shot video as he approached people gathering signatures to repeal the ordinance in a Plano post office parking lot. In the video, Sala accurately informs people that repealing the ordinance would also undo local protections based on veteran's status — talking one woman out of signing the petition.

Watch video of the encounter, AFTER THE JUMP …