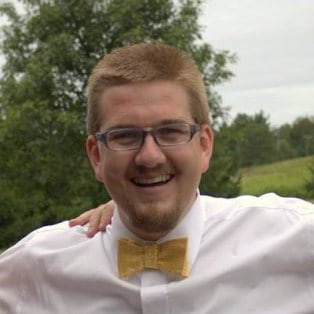 In the two years since Pastor Allan Edwards came to the Kiski Valley Presbyterian Church, the larger U.S. Presbyterian Church has come around to the idea of same sex marriage. Though Edwards preaches tolerance to his congregation, he firmly believes that same-sex attraction is a sin. Interestingly enough, Edwards, who is married to a woman, openly admits to grappling with his own homosexual urges.

"I think we all have part of our desires that we choose not to act on, right?" he explains in an interview with NPR. "So for me, it's not just that the religion was important to me, but communion with a God who loves me, who accepts me right where I am."

Edwards’s interview comes at a time when religious men who do not identify as gay, but are open about their attraction to men, are increasingly in the public spotlight. In Edwards and his wife’s opinion, his desires are no different than the personal struggles that all couples go through.

"Everybody has this experience of wanting something else or beyond what they have. Everyone struggles with discontentment. The difference, I think, and the blessing Leeanne and I have experienced is that we came into our marriage relationship already knowing and talking about it. And I think that's a really powerful basis for intimacy."

Correction: An earlier version of this article stated that Allan Edwards was a member of the larger Presbyterian church. His church, Kiski Valley Presbyterian is part of a socially conservative sect of the Presbyterian Church of America.