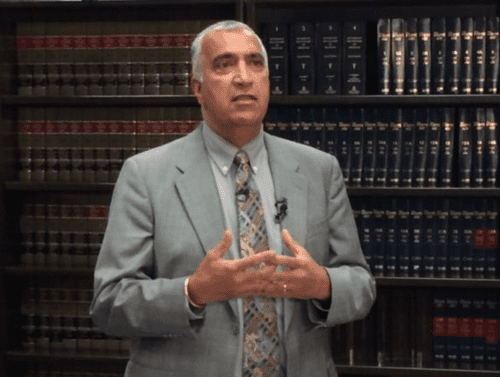 Salt Lake County prosecutors are pursuing hate crime and assault charges against a pair of Wyoming men for allegedly attacking two gay men outside a Salt Lake City home on Dec. 21 reports The Salt Lake Tribune. The assault on Dec. 21 began with a volley of gay slurs, including explicit sexual references, aimed at Rusty Andrade and Maxwell Christen. A physical attack quickly followed and left the two friends bruised, bloodied and emotionally shaken. The two had just returned from a holiday party at Christen's boyfriend's house nearby, exchanging a hug outside Andrade's garage when the suspects approached. "I let go and then these two guys were just standing there. They started calling us faggots … one of them pushed Rusty and then they hit both of us. It was just quick."

An account of the attack in a Salt Lake City police report says the two suspects returned after the attack to search for a lost wallet at the same time a patrol officer arrived in response to a 911 call; the two suspects both denied participating in the fight when police questioned them. However, one of the men said he'd been drinking at a bar and couldn't remember what happened according to the report. The man admitted that if there was an altercation then he was "probably involved," which seems like a contradicting statement to what he said previously. He also had cuts on his face but claimed he couldn't remember how he got them. The other man still flat-out denied any involvement in the assault.

Neither suspected assailants were arrested or cited, and initially the case was not being investigated as a hate crime according to responding Patrol Officer Sgt. Robin Heiden. A detective began a follow-up investigation and spoke with the victims a second time and discerned that a hate crime may have occurred. Andrade and Christen believe it was certainly a hate crime.

"Once they found out we were gay, it was absolutely clear why they attacked us. It was a complete hate crime. If feel like if I could have done something, I would have."

Salt Lake County District Attorney Sim Gill (top photo) said his office is reviewing police reports to determine what charges might be supported in regards to evidence and, if necessary, would conduct a follow-up investigation. Gill said his office is taking the charges seriously, regardless of whether it's based on a person's gender, religion or culture.

Nationally, 5,928 hate crimes were reported by law enforcement agencies in 2013, data from the FBI’s annual crime statistics report released in December show. Of those offenses, about 20 percent were motivated by a sexual orientation-related bias and most of the victims were gay men. A Utah report from the state Bureau of Criminal Identification for 2012, the latest year with readily available figures for Utah, shows the overall number of hate crimes dropped 29.31 percent to 58 percent. Of those, the report says fewer than 10 were sexual orientation motivated.

Troy Williams, the executive director of Equality Utah, says the attack sent a disturbing message to the wider community, especially in Salt Lake City and county where lesbian, gay, bisexual and transgender individuals say they generally feel safe in. Williams also noted that the assault coincides with the anniversary of the surprising court decision legalizing same-sex marriage in Utah.

"When you attack one member of the LGBT community, you really attack all of us. That’s the cruel irony of it … Biases still exist.

"We’ve had these amazing legal victories, but prejudice against us because of who we are is still pervasive in society. This is an ugly, brutal reminder of that."

As of Dec. 31 it's unclear how soon a decision about criminal charges will occur.