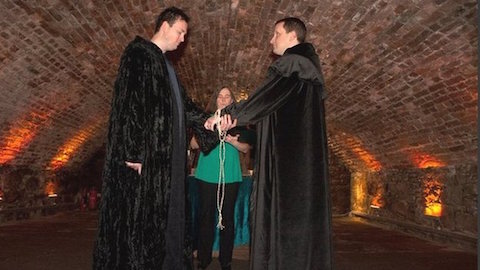 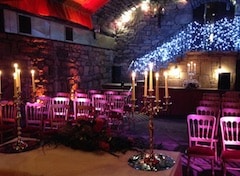 Tom Lanting and Iain Robertson (both aged 34) have been together for 12 years. Both are Hedge Witches.

The ceremony included a number of Pagan traditions: casting a circle; invoking the elements of earth, air, water, fire and spirit; sharing a quaich of mead; handfasting; and jumping the broom.

The Pagan Federation – the largest umbrella group supporting the Pagan community in Scotland – has legally solemnized hundreds of same-sex marriages since 2005.