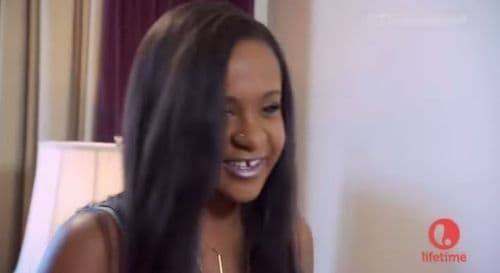 Bobbi Kristina Brown, the 21-year-old daughter of Whitney Houston and Bobby Brown, was found in unresponsive in a bathtub in her Georgia home Saturday, NBC reports:

Brown's husband, Nick Gordon, and a friend found her in the tub in the morning and started CPR, the Roswell Police Department said in a statement. Police and rescue personnel arrived at the home at 10:25 a.m. and performed "life-saving measures" before Brown, 21, was brought alive to the nearby North Fulton Hospital.

The incident remains under investigation, police said. It comes less than two weeks before the third anniversary of Houston's death. The Grammy-winning singer was found submerged in a bathtub in a Beverly Hills, California, hotel on Feb. 11, 2012.

TMZ adds doctors have stabilized her breathing and that she is in ICU.