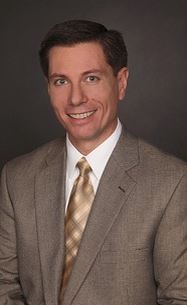 State Representative and pastor Nathan Winters is doing his part to stand in the way of civil equality in Wyoming by sponsoring The Religious Freedom Restoration Act, proposed legislation that would empower religious conservatives to discriminate against LGBT persons. Speaking to the Casper-Times Tribune Winters described the bill as an effort to keep his constituents free “from oppression of government if they choose to exercise freedom of conscience.”

Like many of the religious freedom bills that conservatives have championed in recent memory, HB 83 is predictably broad in its supposed protections of an increasingly “persecuted” religious minority. The government, HB 83 reads, "shall not burden a person's right to the exercise of religion or moral conscience, even if the burden results from a rule of general applicability."

The bill goes on to state that the law "shall be liberally construed in favor of the broad interpretation of the exercise of religious and moral conscience to the maximum extent permitted by this act and the Wyoming constitution and the United States constitution."

In layman’s terms: HB 83 views a devout, religious identity as a free-for-all invitation to disregard any and all civil liberties that should be given the most forgiving preferential treatment in legal cases involving discrimination.