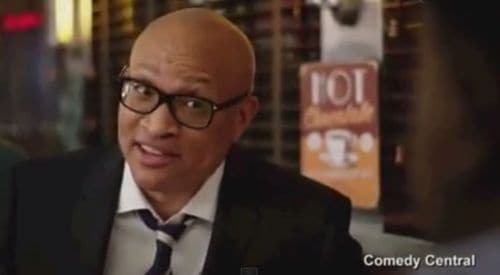 Wired reports on what viewers can expect from the new show, which will be a departure from the faux-conservative flair of The Colbert Report:

So far, confirmed guests include John Leguizamo, Obama speechwriter-turned-TV writer Jon Lovett, How to Be Black author Baratunde Thurston, and rapper Talib Kweli, who was also on the front lines of protests in Ferguson earlier this year. Those bookings aren’t accidental; Wilmore says that since his new show’s premiere date coincides with Martin Luther King, Jr. Day, much of early episodes’ discussion will likely focus on the racial issues that consumed the United States in 2014. “[King] is the patron saint of the nonviolent protest,” Wilmore says. “Protests, in particular, will I think be our first topic.”

But it’s not all doom and gloom; Wilmore insists he’s looking to create a mood that straddles “provocative” and “light.” “This is my barber shop,” he says. “No matter how heated it gets, we’re all in the barber shop—we’re having fun. Nobody is ever threatened in the barber shop. But your point of view is going to get challenged. And we’re going to call you on your shit.”

Check out a promo, AFTER THE JUMP…