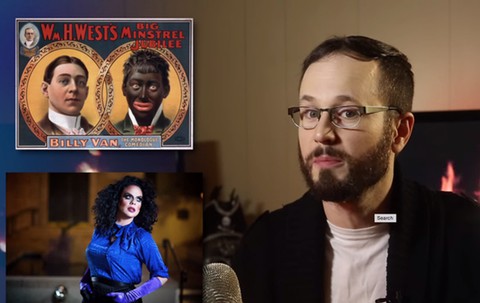 Last week Mary Cheney asked the world why blackface is bad but drag isn't, in a post on her Facebook page:

We posted RuPaul's response on Saturday.

Matt Baume, who usually reports on same-sex marriage news around the country, also works with drag queens and is frustrated by the amount of people who do not know how to answer her question.

Find out what he has to say, AFTER THE JUMP…

Baume hopes that the next time we discuss Mary Cheney we talk about how she supports the Keystone Pipeline, donated money to Republican candidates who oppose marriage equality, and supported Sam Brownback, who wanted to keep a law in which police officers could arrest you for being gay.

"If [Mary Cheney] really understands drag that deeply, maybe she should spend a little less time with Sam Brownback, and a little more time with other gay people."

Previous Post: « The British Film Institute Is Working To Support More LGBT Filmmakers
Next Post: This Vlogger’s High School Threatened to Expel Him for Being Gay and It’s Infuriating: VIDEO »