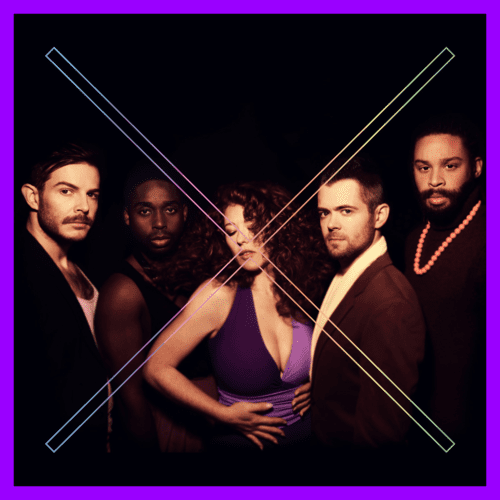 Scissor Sisters‘ guitarist Del Marquis (Derek Gruen) has been cultivating his own brand ever since the band took an indefinite hiatus after their 2012 release, Magic Hour. Marquis released Cosmos under the Slow Knights moniker the following year, and quickly became a personal favorite with additional remixes by ColeCo and stage shows with Midnight Magic and Spank!

While Del Marquis was the mastermind behind Cosmos, he did mostly featured other vocalists such as Rod Thomas (Bright Light Bright Light), Xavier Smith and Bridget Barkan on the album’s tracks.

Those vocalists have now officially joined Slow Knights and are ready to release their sophomore effort, Living in a Dark World, Let Me Be Your Light. The lead single, ‘Just Kiss’ features soulful vocals and lyrics about attraction and anger layered over trap drums and ’80s synths. The track is very heavily rooted in R&B, but it also has a tropical disco remix by ColeCo, which should be hitting the sound waves next week.

Check out additional tracks, all of which are available as Free Downloads, AFTER THE JUMP…