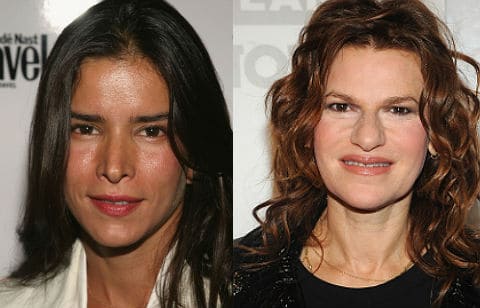 The world’s first Latina supermodel Patricia Velasquez has come out as a lesbian in her new memoir Straight Walk, reports the New York Post.

In the book, Velasquez says she felt compelled to come out because of anti-gay prejudice in the Latin community.

She describes her time in the South American beauty pageant system, her rise to fame – and how her life changed when she met Sandra Bernhard backstage at a fashion show.

The supermodel explains that she felt an instant connection with Bernhard, with whom she was “was deeply in love…in a way I’d never experienced before.”

Watch backstage interviews with Velasquez and Bernhard from 1994, with Bernhard waxing lyrical about the model, AFTER THE JUMP…

My past, my career, my life story: my truth. All in my upcoming book. #StraightWalk #FindYourTruth on Feb 10 http://t.co/FljXNLnBNT