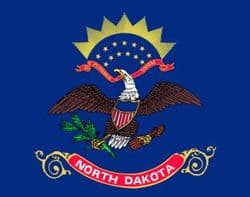 After a 25-22 vote, the North Dakota Senate has approved legislation that will provide increased protections for its growing LGBT population. Going forward organizations will no longer being able to refuse people service, housing access, or job opportunities merely because of their gender identity or sexual orientation.

Earlier this year the Senate Judiciary Committee urged the voting body not to pass the bill, and in its current form the bill still provides exceptions for religious organizations.

Though the bill is a major win for North Dakota’s queer population, there were dissenting voices who were skeptical as to whether its passage was necessary. Many of the bill’s proponents argued that the new protections were a natural outgrowth of the Civil Rights Act of 1961. Senator David Hogue (R-Minot), the committee chairman flat out disagreed with that assertion.

“We really did not see a problem – at least the problem was never defined to us in terms of either explicit discrimination or even implicit discrimination,” said Houge. “We didn’t have witnesses come forward to say that they were discriminated against on the basis of their sexual orientation, either by the government or by the private sector.”

The bill now heads to the House, which includes 71 Republicans and 23 Democrats.