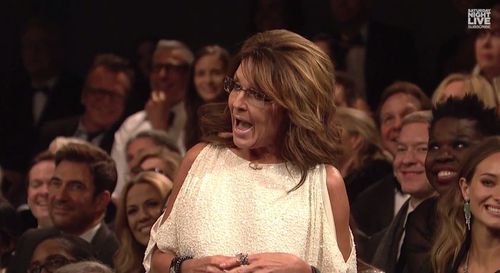 Jerry Seinfeld was busy taking audience questions on last night's Saturday Night Live 40th Anniversary Special when former Alaska governor Sarah Palin popped up to inquire about how much she'd be paid by SNL producer Lorne Michaels should she run for president in 2016 with Donald Tump as her running mate.

Find out how much Palin's comedy gold is worth, AFTER THE JUMP… 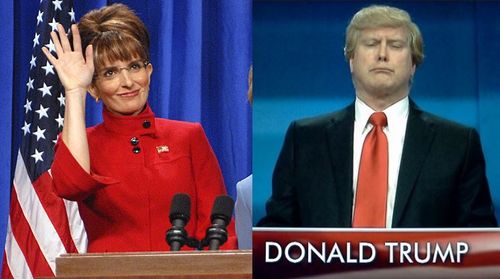 Previous Post: « Jason Collins Has Been Mentoring Other LGBT Athletes Who Have Yet To Come Out Of The Closet: VIDEO
Next Post: Neil Patrick Harris Takes You on a Behind-the-Scenes Look at His Magical and Musical Oscars: WATCH »