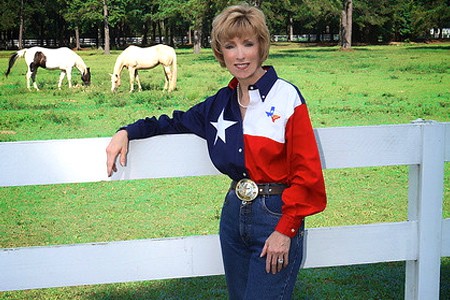 A Texas state legislator has filed a bill that would make it a crime for transgender people to use public restrooms according to their gender identity.

The proposal from GOP Rep. Debbie Riddle (above) would make it a class-A misdemeanor — punishable by up to one year in jail and a maximum $4,000 fine — for transgender people to use "a locker room, shower facility, or toilet facility designated for use by persons of a gender that is not the same gender as the individual’s gender."

Riddle's HB 1748 would also make it a state jail felony — punishable by up to two years in prison and a maximum $10,000 fine — for a building manager to "repeatedly allow" a transgender person to use such a facility according to their gender identity.

Here's how the bill defines gender:

Riddle's bill is similar to one filed earlier this month in Florida.

In Texas, anti-LGBT groups have recently used the issue of transgender restroom use to attack Equal Rights Ordinances in Houston and Plano.

Read the full text of Riddle's bill, AFTER THE JUMP …