A Wyoming House panel advanced a non-discrimination bill that would protect people on the basis of sexual orientation and gender identity after ejecting a lawmaker from the meeting, the Star-Tribune reports: 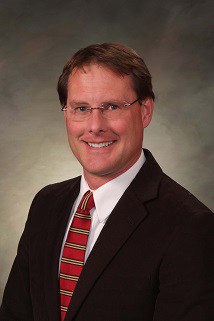 The bill had previously passed the Senate and now moves to the House floor for debate.

Rep. Harlan Edmonds (pictured), R-Cheyenne, was kicked out of the House Labor, Health and Social Services meeting Friday, after proposing an amendment to the bill that would make it effective when “hell freezes over,” instead of the date of July 1.

Committee Chairwoman Rep. Elaine Harvey, R-Lovell, had started the Friday afternoon meeting insisting people would remain civil. She told Edmonds to leave after his comment, which followed a more than two-hour discussion in which he also asked the bill’s supporters why pedophilia wasn’t in the bill.

Edmonds tried to cast a vote while leaving the room but was told it wouldn't count.