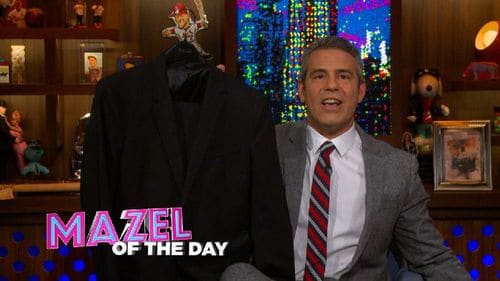 Andy Cohen is putting a creative spin on the #BoycottDolceGabbana campaign: auctioning off his D&G suit and donating the money to the Family Equality Council supporting LGBT families.

On Watch What Happens Live! earlier this week, Cohen expressed his extreme displeasure with designers Domenico Dolce and Stefano Gabbana, who last week stated their beliefs that "the only family is the traditional one" and that children born through in vitro fertilization were "synthetic."

As a gay man, I’ve seen my friends given an incredible opportunity to create very real families. There’s nothing ‘synthetic’ about any of the kids that call me Uncle Andy. So in the interest of making things a little better, I brought this from my own closet.

After pulling out his 2014 black wool Dolce and Gabbana suit (size 40R), Cohen announced he would be putting the suit up on Ebay, saying:

“Even though I love this suit, it wouldn’t be fun for me to wear it again. But it will be so much fun for me to have you wear it, knowing we were able to support an amazing cause while also screwing Dolce & Gabbana out of at least one sale.”

Watch Cohen's Mazel of the Day, AFTER THE JUMP…

And to bid on the suit yourself, visit HERE.