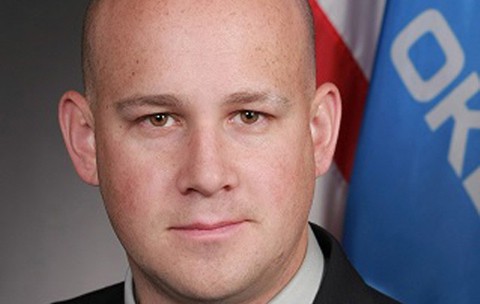 Oklahoma state Sen. Joseph Silk doesn't believe LGBT people "have a right to be served in every single store."

However, Silk now says he'll always protect their right to be homosexual, even though he still believes the LGBT movement is "a threat to our freedoms and liberties in the United States and Oklahoma."

Silk, the author of the "Oklahoma Religious Freedom Restoration Act of 2015," sparked outrage this week when he told The New York Times:

“The L.G.B.T. movement is the main thing, the primary thing that’s going to be challenging religious liberties and the freedom to live out religious convictions. And I say that sensitively, because I have homosexual friends. …

“They don’t have a right to be served in every single store. People need to have the ability to refuse service if its violates their religious convictions.”

After Silk's comments went viral, he responded with a post on his website, in which he says the bill actually "has nothing to do with" LGBT people, even though they are making themselves out to be "the only target."

"People have a right to be homosexual and I will always protect that," Silk writes. "However that right does not give them an excuse to trample another person's right to live out thier (sic) religious beliefs in their place of business."

Silk goes on to say that the LGBT movement has "zero tolerance" for other people's rights and is "a threat to our freedoms and liberties in the United States and Oklahoma."

"I am not questioning the rights of the LGBT movement, I believe they have the right to live how they want to live," Silk writes. "They on the other hand, are launching a massive campaign that is attempting to strip other peoples (sic) individual liberties away if they hold different beliefs…this is complete intolerance.

Based on his statements, it's safe to assume Silk doesn't want any LGBT customers (or even their allies) at the business he manages, which is called Beavers Bend Getaways and consists of luxury vacation properties in the Broken Bow Lake area of Oklahoma. The Facebook page for Beavers Bend Getaways, owned by Silk's father, is here.

Previous Post: « Towleroad’s Top 10 Must Watch LGBT Videos of the Week
Next Post: Dan Savage on Telling Ben Carson to ‘Suck My D–k’: ‘Sometimes You Have to Fight Fire With Fire’ – VIDEO »