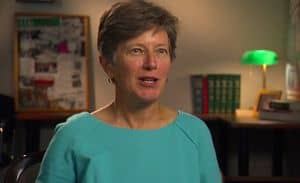 LGBT rights attorney Mary Bonauto will present arguments for DeBoer v. Snyder on Question 1, “Does the Fourteenth Amendment require a State to license a marriage between two people of the same sex?”

Said Bonauto, Civil Rights Project Director at Gay and Lesbian Advocates and Defenders who scored one of the first victories against DOMA: "I’m humbled to be standing up for the petitioners from Kentucky and Michigan who seek the freedom to marry, along with the Michigan team of Carole Stanyar, Dana Nessel, Ken Mogill, and Robert Sedler, and with support from the other legal teams. The road that we’ve all travelled to get here has been built by so many people who believe that marriage is a fundamental right.  Same-sex couples should not be excluded from the joy, the security, and the full citizenship signified by that institution. I believe the Court will give us a fair hearing, and I look forward to the day when all LGBT Americans will be able to marry the person they love.”

Douglas Hallward-Driemeier will present oral arguments on behalf of plaintiffs in Ohio and Tennessee for question 2, “Does the Fourteenth Amendment require a state to recognize a marriage between two people of the same sex when their marriage was lawfully licensed and performed out-of-state?”