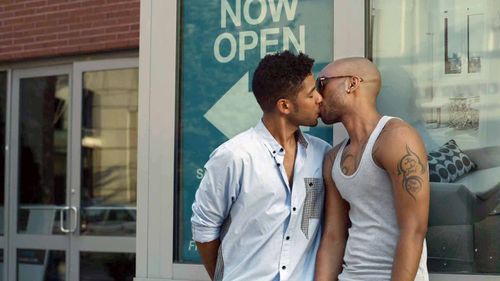 Editor's Note: This column appeared on Towleroad ahead of "Empire" actor Jussie Smollett's public coming out earlier today. You can find Smollet's interview with Ellen here.

We all need to give Malik Yoba a break. Earlier this week Yoba, who currently stars as Vernon Tucker on Fox’s “Empire,” apologized and backtracked on statements he made in an interview late last month to Black Film in which he “outed” “Empire” co-star Jussie Smollett. Smollett, who plays the openly gay (if sometimes conflicted) Jamal, has stepped into the spotlight for his role in making “Empire’s” nuanced depiction of a black family’s reaction to its gay son.

Over the course of the season so far, “Empire” has generally treated Jamal’s plotlines with as much deftness as a campy primetime soap can muster. The recurring flashbacks of Jamal’s father shoving him into a garbage can for dressing up in his mother’s clothes are more than played out. But the complicated relationship between Jamal and his mother Cookie–played flawlessly by Taraji P. Henson–are a breath of fresh air in a sea of media narratives that cast most families of color as unwaveringly homophobic.

Smollett’s performance perfectly captures tension many queer man of color have experienced with their traditional fathers and the messy, love-strewn bond we often share with our mothers. Also Smollett’s a solid singer, which is always great for a show that’s 40% musical.

Acting and singing aside, there’s one thing in particular that has consistently made Smollett’s performance feel particularly authentic for many “Empire” fans, myself included: a lot of us already thought that he was gay.

@TheRoot @DarkMattersProj Okay, So @JussieSmollett is gay like his character is. Alright, Got it… And?? So? What's the actual news here??

In many ways the discussion and speculation around Smollett’s sexuality has mirrored the ways in which “Empire” has handled Jamal’s. From the very first episode “Empire” treated Jamal’s sexulity as something of an open secret. Jamal’s rise to fame within his family’s record company is initially stalled because of his father’s (Lucious) long standing homophobia. His mother, fresh out of prison, quickly meets his boyfriend, Michael, who lives in an apartment that Lucious pays for knowing that his son is living in at least two different types of sin.

Many of Smollett’s fans came to the show having made similar assumptions about his sexualiy if only for the fact people usually assume that gay characters are played by gay actors. While that logic might not be the most sound, it’s often how people conceptualize the characters and actors they admire. Some stars, like Jack Falahee, find the speculation and endless questions tiring, but at the end of the day it’s a part of the job.

I don’t think that what Malik Yoba said about Smollett can really be described as an “outing” in the usual sense of the word. Outing someone against their will is a controversial practice because of all the social damages that can be wrought upon a person’s reputation. In some instances, people justify outing a public officials who, while secretly gay, actively work in opposition to LGBT rights. In other situations outing someone is just an easy way to hurt someone. Regardless of the situation, all forcible public outings have one thing in common: the bulk of the public doesn’t know, or at least doesn’t assume, that the person in question is actually gay. 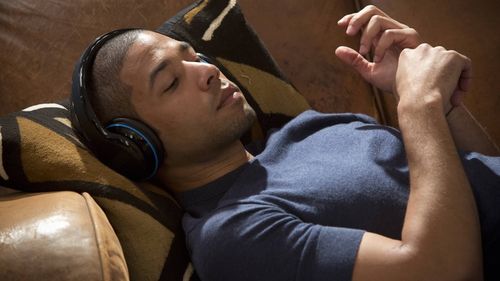 For many people, Smollett’s sexulity was never really a subject of discussion. Given some of his past work and certain social media posts, it’s easy to see why many thought he was gay, and that idea, whether it’s right or wrong, makes Yoba’s statements ham-handed at worst, but far from an act of social violence. Unlike celebrities who spend a fair amount of time in glass closets, the possible secrecy surrounding Smollett’s sexuality is weakened by the not so uncommon perception that he’s both gay and long-since out of the closet.

If there’s one thing Yoba can be blamed for, it’s sparking off a heightened scrutiny of Smollett’s personal life that works against his “Empire” success. Outing celebrities, especially actors, carries with it the threat of irreversibly changing the types of roles that queer performers are able to take on. The casual assumptions about Smollett up until this point were proof that regardless of his actual sexuality fans would continue to watch “Empire” and support Smollett’s career.

If respect for Smollett’s privacy and a vested interest in his success are actually things we’re concerned about, then the best course of action is to let folks keep wondering and find something else to gab about.