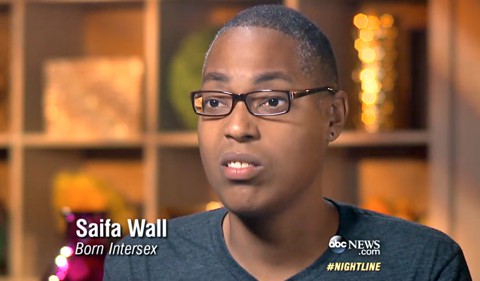 Roughly one in every 2,000 people is born intersex — with ambiguous genitalia.

Generally, parents and doctors feel pressure to determine the child's sex and perform surgery as soon as possible. But often they get it wrong. 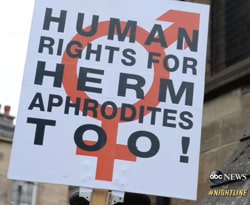 In "Intersex Children: A Journey Between Genders," ABC News' Nightline takes a look at two cases in which doctors decided that children were female, and castrated them. But the children grew up to identify as male.

It's the reason why there's a movement to stop doctors and parents from making these decisions, and allow intersex children to eventually make them for themselves.

In one of the cases examined by Nightline, a family is suing the hospital where doctors decided to remove their son's penis.

In another, a man born intersex, 35-year-old Saifa Wall, meets face to face more than 20 years later with the prominent doctor who wrongly decided he was female and removed his testicles.

It's a fascinating segment about an underreported subject. And perhaps it should be required viewing for lawmakers who've filed bills that threaten to criminalize this already marginalized group for merely using the restroom.

Previous Post: « ‘Empire’ Star Jussie Smollett Comes Out to Ellen: ‘There’s Never Been a Closet’ – VIDEO
Next Post: Can You ‘Out’ Someone If The Public Already Assumes That They’re Gay? »