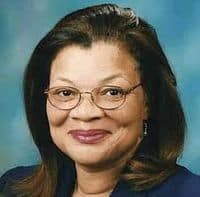 “Alveda has brilliantly carried the legacy of the King family to the next generation and has been a source of inspiration for many Americans," Ailes said in making the announcement. "Her passion and mission for social change will be a valuable contribution to our network.”

Friends, thank you for your prayers and kind words during this stage of the journey. FOX NEWS contributor. Only GOD could have imagined.

This past Monday, Dr. King spoke at a rally inside the Georgia Capitol in support of the state's proposed anti-LGBT "license to discriminate" bill. The bill overwhelmingly passed the State Senate Thursday.

Watch her speech, AFTER THE JUMP…

Dr. Alveda King, Priests for Life from RedKudzu on Vimeo.