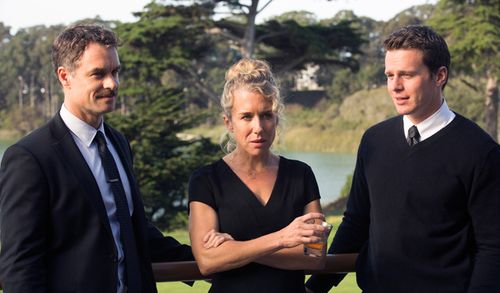 Dom, Doris and Patrick aren't the only ones feeling funereal

The first Sunday night without HBO's "Looking" is upon us.  Of course there would have been no "Looking" tonight, even had the show been renewed, since the second much improved season has just wrapped. One of the funniest things I heard after the cancellation was this:

The good news is Looking thinkpieces are also canceled.

Well, yes. They're almost at an end, too. The autopsy reports have to run their course and so does the mourning process. And if HBO makes good on its promise of a wrap-up movie (believe it when you see it), the cycle starts all over again in miniature even if the end point is still goodbye. Given all this finality, it's strangely apt that the second season's finest episode "Looking for a Plot" took places at a funeral (Doris's father) and sent Dom, Doris and Patrick spinning emotionally, even if they didn't quite realize it at first.

But the mourning is real. At least for those of us who loved the show for what it actually was. 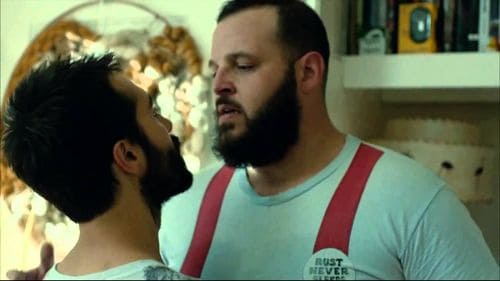 Right from the start "Looking" had been the target of weird vitriol from some members of the LGBT community, some of it easy to understand (internalized homophobia) some more complicated but no less true (it was not a TV show for those who love, say, plot) but some of the negative reactions were far more peculiar and contradictory in nature. It became very obvious, especially in its second season, that Looking was one of those shows that people had trouble seeing as it was rather than how they wanted it to be or what they believed it was. Which was…what exactly? It was never clear what the people who disdained it wanted it to be and one suspects this varied considerably from person to person and was inconsistent from week to week.

It was sex-negative, it was too obsessed with sex, there was not enough sex. We've heard it all. But how could all of these things be true? What's more the show's sex scenes actually affected the characters emotionally and narratively. It wasn't just empty soft core titillation like [shudder] "Queer as Folk".

The major clue that "Looking" was never treated fairly critically was the frequent vicious attacks on its (perceived) lack of diversity. This for a show that subtly gave a side-eye to men whose social circle was not diverse and the way it endorsed suspicion of gay couples who looked too much alike (consider that great takedown of Patrick & Kevin by the disabled gamer in "Looking for Glory"), the way it was clear through the entire arc of the second season but especially in its final complex and richly directed episode "Looking for Home" that Kevin pulling Patrick away from his far more diverse world of San Francisco into a much smaller interior world of all white, all wealthy, all hot sculpted men of roughly the same age was not healthy for him.

The diversity topic was always a sore spot in the media for reasons that didn't actually have much to do with the content of the show itself. Sure the majority of the characters were white (as they are on most shows on television)  but within its two seasons the show also featured in recurring or prominent roles: a straight woman, two Hispanic gay men, a black straight man, a black gay man, an Asian straight man, and we have every reason to believe that the third season would have expanded the cast further still since the central characters lives were also expanding as their initially tight circle was opening up (albeit not Patrick's whose life was shrinking) probably to include trans characters since Agustin was now working with them. We were beginning to meet the leads' families and new characters all the time.  Just about the only glaring omission from the show was no lesbian characters but then lesbian and gay social circles don't always overlap as much as they should post-college.

But the truly devastating thing about Looking's loss was the rare topics it explored that are otherwise almost entirely absent from television. There's more to diversity than skin color and the series presented all kinds of usually invisible relationships and topics, romantic and otherwise, with something like true purpose. Think about it: It paired people of different socioeconomic backgrounds, different generations, different races, different body types and even different HIV statuses and often commented, sometimes very subtly but sometimes in more on-the-nose dialogue, the ways in which these differences mattered… and/or didn't.

Where else can you find any of that on television? 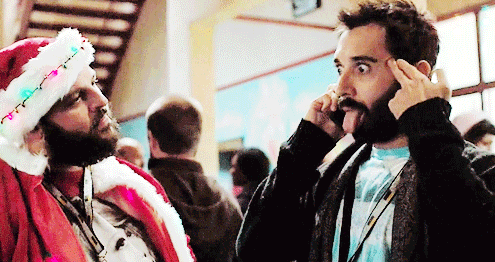 In truth, I can't even wrap my head around the complaints about its lack of diversity. Unless of course the people complaining were a) not actually watching the show b) watched it a couple of times only and didn't emotionally process it or c) watched it or didn't watch it but either way preferred to be outraged or annoyed rather than engaged in the more complicated process of thinking about what the show was conveying.

It's okay not to like any show or movie or play or book or whatever. Aesthetic taste is personal and should be. But it's important to know why you don't like something and to make sure that that thing you don't like actually jives with what it is outside of your own head. 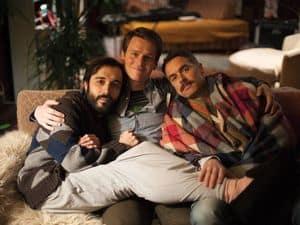 I loved reading what Adam Baran wrote about this show recently as shared on Boy Culture and co-sign many of the points including these:

And so when Looking was cancelled today, and I started seeing reactions on my feed like, "Good!" "At last" I felt sick, and I felt like I finally understood what my subtly homophobic screenwriting teacher at NYU meant when she told me that if I wrote about gay people it would be "limiting" – a note I have spent years proudly ignoring. It's not that I didn't have my own feelings about Looking's strengths and weaknesses. I would have loved to have written for it, but I wasn't hired. Still, I watched. And I think it really is the ghost of the generations of homophobia that forced our own stories to be squashed, hidden, and coded or put unwholesome characters in our films that caused us to react the way we reacted to Looking. Better no representation than imperfect representation!

Instead of protesting a blatantly homophobic film like GET HARD, we are cheering the demise of a piece of film by a great gay filmmaker which starred all openly gay actors giving moving and powerful performances. Nowadays we criticize every single bit of representation or lack thereof and shun the films and media by not watching. I'm not saying those conversations were wrong, and shouldn't have happened, but the failure of Looking to make it past two seasons is a bad thing for gay filmmakers, and a bad thing for people trying to put gay characters on the small screen.

It's terribly sad because it's true.

As for fans of the show, we'll have to let it go now.

I'll miss Doris, Dom, and Patrick a lot. I'll miss Richie sometimes too in the way I already missed Frank and Lynn (the other chief ex-boyfriends of the show, a blue collar hispanic guy, an older white guy, a black guy – how is this show not diverse again?). I'll mourn not getting to know the side players a little better like Doris' new man Malik, HIV positive bear Eddie, the crusading ginger dating Richie, Patrick's favorite co-worker Owen (who hadn't taken well to the Kevin situation), to Patrick's imploding family. Hell, I'll even miss Agustín and Kevin a little though they sure were maddening at times.

So a final thank you to Michael Lannan (series creator) and Andrew Haigh (the principle director, who we already owed so much for the exquisite film Weekend). Thanks for making a beautiful series, with its own unique voice, that was getting better all the time. We'll say goodbye with this tweet from the fine filmmaker Zal Batmanglij (The East, Sound of My Voice) who incisively described this sad moment in LGBT television and our collective loss…

Looking was a colt. Shedding its youth, about to emerge a stallion. That last ep was like the gears of an emotional watch clickin into place