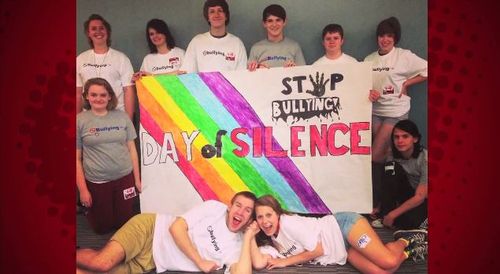 A group of anti-gay activists and listed hate group members are calling for parents to keep their children out of school on this year’s anti-bullying “Day of Silence” campaign, reports Right Wing Watch. 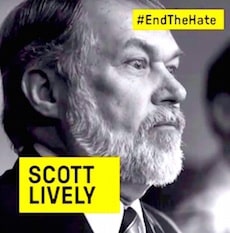 The call to action was published by hate group Illinois Family Institute and was signed by homophobes including Penny Nance, Matt Barber, Peter Labarbera of Americans for the Truth About Homosexuality, the particularly vile Scott Lively, Liberty Counsel’s Mat Staver and others.

According to this nasty group of people who are obsessed with homosexuality, the “Day of Silence” on April 17 aims to “indoctrinate 16-year-olds” and is “the queen of all the numerous homosexuality-affirming activities that take place in public schools.”

“The Day of Silence…started in one university and then like a cancer metastasized to thousands of high schools, and then into middle schools. Before long it will take place in elementary schools. Leftists know that it’s easier to indoctrinate 16-year-olds than 36-year-olds and easier still to indoctrinate 6-year-olds.

“If it were solely about eradicating bullying, everyone—liberals and conservatives alike—would support it. But it’s not.

“The Day of Silence exploits government schools, captive audiences, and anti-bullying sentiment to advance the Left’s social, moral, and political beliefs and goals. [Event organizer Gay, Lesbian and Straight Education Network] seeks to advance the belief that all public expressions of moral disapproval of homosexual activity are bullying.

“A coalition of pro-family organizations is once again urging parents to keep their children home from school on the Day of Silence if their school administrations will be allowing students to politicize instructional time by refusing to speak.

“We must demonstrate the boldness and perseverance of the Left if we hope to stop the relentless appropriation of public education for the promotion of homosexuality.”

Listen to Mission America's Linda Harvey explain why it's perfectly reasonably to discriminate against and bully vulnerable LGBT teens, AFTER THE JUMP…