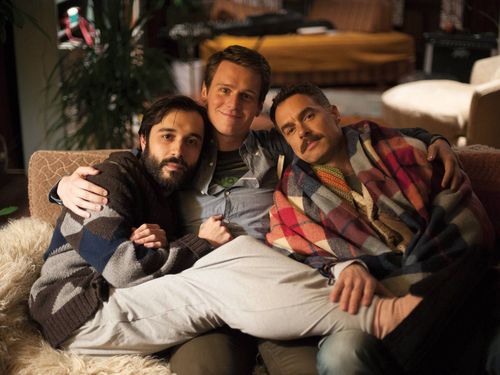 And while there is still no official confirmation from HBO, author and celeb interviewer Kevin Sessums had this to say on his Facebook page:

I had an email from my friend Jonathan Groff when I got home from my reading tonight at Books Inc. telling me that HBO announced today that it was canceling Looking but that it would film a movie of the series to air in order to wrap things up instead of leaving things hanging. This makes me sad but life – and television series – are about moving on at some point.

We'll keep our fingers crossed that this is all just hearsay.

"After two years of following Patrick and his tight-knit group of friends as they explored San Francisco in search of love and lasting relationships, HBO will present the final chapter of their journey as a special.  We look forward to sharing this adventure with the shows loyal fans."