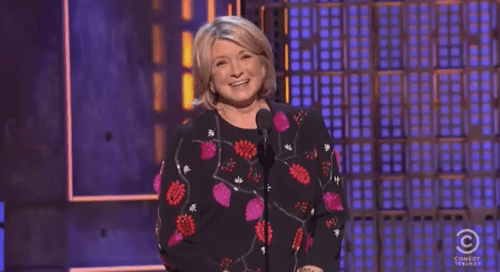 Martha Stewart is many things. She’s a grandmother, an ex-con, and the owner of multi-million dollar empire built out of blueberry scones and scented potpourri. Last night at Justin Bieber’s roast, though, she proved to be something else that few people were expecting: a deliciously blue comedian.

“I believe the bedroom is the most important room in the house but I don’t have to tell you that, Ludacris. You have three kids with three different women. May I suggest pulling out some time and finishing on some fine, highly-absorbent Martha Stewart bed linens?”

Stewart saved all of her best and most self-deprecating material for a bit of prison advice directed at Bieber. Check out her set in full AFTER THE JUMP… 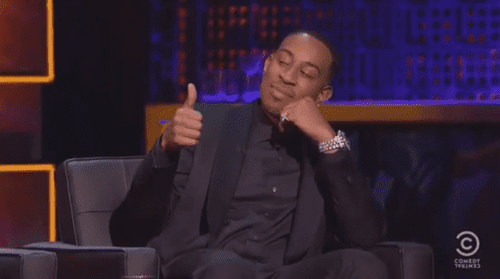 Previous Post: « Indiana Gov. Mike Pence Continues to Deny Intent of Anti-Gay #RFRA in Clueless Presser: VIDEO
Next Post: Texas In ‘League Of Its Own’ with 20 Hateful Anti-LGBT Bills In 2015 »