U.S. Ambassador to South Korea Mark Lippert is said to be "doing well and in great spirits" after a knife attack involving a political extremist in Seoul earlier this morning.

Psychology Today has responded to a call from the Human Rights Campaign and will cease carrying ad listings for 'ex-gay' therapy. 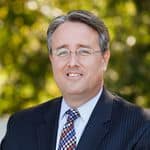 A Singapore court has fined a blogger for questioning the timing of constitutional challenges to the city-state's ban on homosexuality.

Dallas Mavericks owner and future Sharknado 3 president Mark Cuban warns this tech bubble is "far worse" than the one back in 2000.

Headline of the Day: "Man Burned by Food While Praying Can't Sue Applebee's"

Shania Twain is working on a new album.

Matt Bomer looking insanely attractive as always while doing some shopping in LA.

Will Leonardo DiCaprio's next film finally land him an Oscar?

Why Hillary Clinton never appeared on Parks and Recreation.

Downton Abbey stud Dan Stevens has been cast as the Beast in Disney's live-action Beauty and the Beast film. Luke Evans will reportedly play Gaston.

NOM-affiliated Coalition of African-American Pastors will give Alabama Chief Justice Roy Moore a "Letter from Birmingham Jail Courage Award" for his continued fight against gay marriage.

Inside the Metropolitan Museum of Art's secret gay art collection.