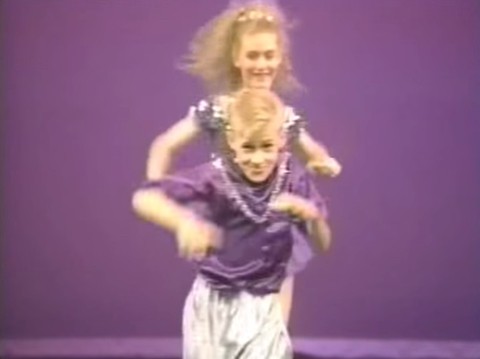 In recently surfaced videos posted to YouTube, child star turned adult heartthrob Ryan Gosling proves he had considerable moves even as a kid. Reportedly dating back to 1992, the videos show the former Mouseketeer dressed in period appropriate 'hammer pants' performing a variety of dance numbers at what appears to be a dance recital or competition. In case there was any doubt as to their voracity, Gosling himself tweeted about the videos, confirming their authenticity:

Obviously I peaked early. Thank you @JaneChupick and twitter for the check up from the neck up.

Check out the videos for yourself, AFTER THE JUMP…

Previous Post: « 26 Moments That Make Madonna the Most Pro-Gay Pop Ally of All Time
Next Post: Helen Mirren Reigns on Broadway in ‘The Audience’: REVIEW »