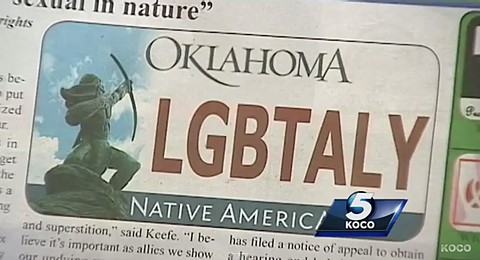 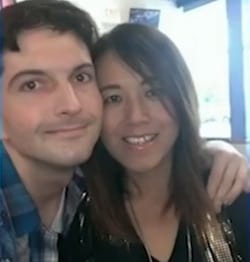 Dr. John Keefe II (right, with his wife) filed a request for a vanity plate reading "LGBTALY.” Plates can be a maximum of seven letters.  However, his request was denied because it was “sexual in nature.”

“When I am driving around with a license plate that says 'LGBT ally,' it shows to other people, 'Look, I am here for my fellow Oklahomans.’”

Oklahoma Tax Commission spokesperson Paula Ross said that “LGBT” is not on the list of banned words or phrases.

Keefe, who has hired an attorney to appeal the decision, said if his story “reaches just one person, the impact has been made.”

A hearing on the case is expected to take place this summer.