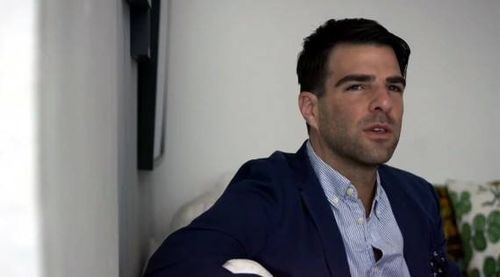 Talking to The Hollywood Reporter, Zachary Quinto has spoken candidly on the topic of marriage. Though the actor wants kids, and has been a staunch advocate of marriage equality, he says he is not sold on the concept of marriage, gay or straight.

Says Quinto: “There are benefits to the institution of marriage. I personally am not a huge fanatic of marriage, whether it’s gay or straight. Commitment and relationships are a very individual thing, and I don’t stand to tell other people what to do or who to do it with, but for me, love is defined by two people in an intimate and personal way, and superimposing an institution on that isn’t necessarily for me, the most exciting idea.”

He does reiterate that he has been a supporter of marriage equality, saying: "The fact that we’ve made such progress and marriage equality is very, very near and tangible and hopefully right around the corner, that frames it a little bit differently for me… It’s something I have been an advocate for and a fighter for in the past eight years. I want to see that continue." 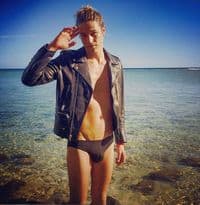 Quinto, who is still dating model Miles McMillan (right), says "maybe there will come a day when [marriage] makes perfect sense for me personally…We’ll see… I don’t think either of us feel that we have to hurry up and do this.”

However, Quinto is positive on children: “I definitely want kids, for sure. I gravitate toward the people in my life who have kids…I love fostering relationships with them and watching them discover the world."