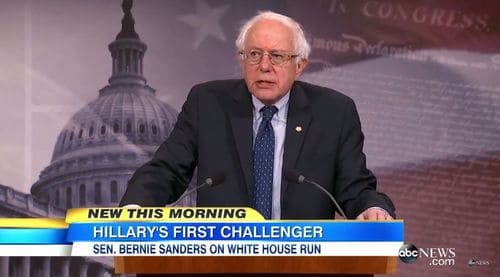 "I think the American people have had enough establishment politics," said Sanders. "We are looking at a system where our democracy is being owned a handful of billionaires. That is wrong." Sanders added that he believes the Clintons are part of this system.

Earlier this week, Sanders tweeted his longstanding support for LGBT equality with another Clinton jab:

Watch ABC News' report on the big announcement, AFTER THE JUMP…