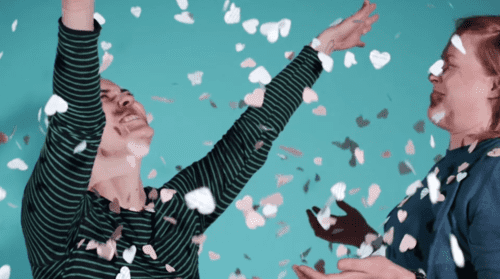 There are times when you just want to bathe in the tears of your enemies. Obtaining said tears is much easier said than done, but Daintree, a paper company based in Dublin, Ireland, is working to provide its customers with the next best thing.

In anticipation of Ireland’s controversial upcoming referendum on marriage equality Daintree’s begun selling “A Shred of Decency,” confetti made from homophobic leaflets that are being shared throughout the country.

“At Daintree, paper is our favourite thing in the whole world,” the company’s website reads. “So when paper was used to spread some ugly lies in the run up to the marriage equality referendum we weren’t one bit happy. So we put our heads together and came up with a new product called ‘A Shred of Decency’ – it’s confetti made from 100% recycled lies.”

Bags of the repurposed hate speech are already selling for €5 a pop and Daintree says that all of the proceeds from A Shred of Decency will go directly to Yes Equality, a pro-same sex marriage organization.

Check out the promotional video for #ShredOfDecency here AFTER THE JUMP… 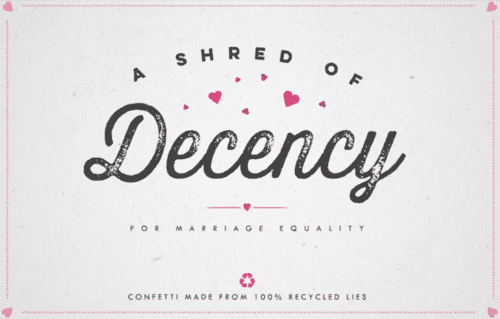 Previous Post: « Rand Paul Tells Savannah Guthrie How She Should Do Her Job: VIDEO
Next Post: Nevada Assembly Reviewing Ban on Gay ‘Conversion Therapy’ for Minors »