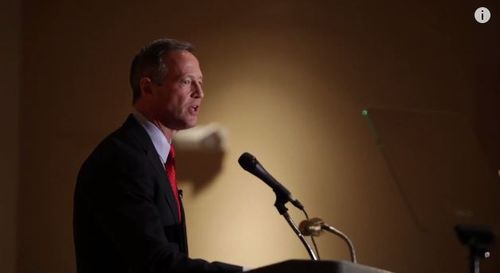 "History celebrates profiles in courage, not profiles in convenience," O'Malley says in the video. "The dignity of every person tells us that the right to marry is not a state right, it is a human right."

In March 2012, O'Malley signed a marriage equality bill in Maryland. Referendum supporters later put the issue on the November ballot where it passed with 52% of the vote.

Bloomberg notes that the video was released mere hours after Clinton released a statement yesterday in support of a pro-equality SCOTUS ruling this year and that timing "seems to imply that Clinton's Wednesday statement was an act of convenience, not courage." Clinton had previously advocated a state-by-state approach to marriage.