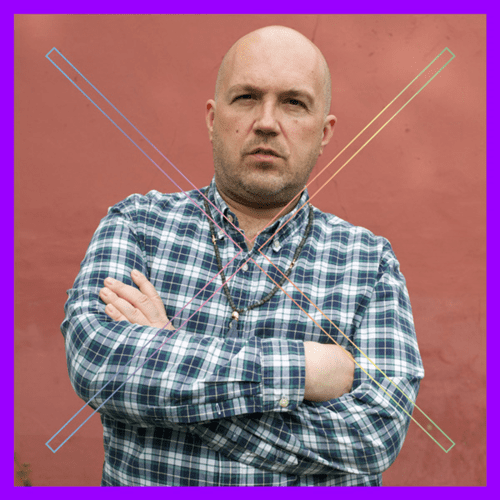 Vanessa Daou’s 1996 single 'Two To Tango' became a 90’s club staple after getting a popular rework by New York legend Danny Tenaglia. Nearly 20 years later, one of Horse Meat Disco’s prolific producers/DJs, Severino Panzetta, alongside Terry Farley of Roach Motel, have given her 2013 'Love is War' track their special touch to make yet another one of her soft spoken-word driven recordings into a hip-moving anthem. The simple, single note keys combined with an addictive bass line are the perfect instrumentals for Vanessa’s vocal work, making it a sure hit for late night crowds.

THIS WEEKEND WE GIVE BACK TO OUR COMMUNITY BIG TIME

We are proud and excited to be providing the music at this year’s DragOn, the annual showcase of creative costume and drag talent benefiting GMHC. This year's theme is GLAMATRON. Time to show off your vision of the future! Drag is encouraged, but not required – anyone is welcome to join in the fun or just enjoy all the looks. And yes, the OXD crew will be sporting visionary couture. Tickets available on GMHC’s website.

Our friends at Fire Island Pines Historical Preservation Society have been working meticulously over the past few years to archive and document the history of LGBT music, art, architecture, politics and lifestyle out in Fire Island, past, present, and future. It's a history that is pivotal to the music and nightlife we enjoy today, and remains as one of the most unique gay destinations in the world. We're teaming up with them for our weekly party Paradisco to celebrate three decades of classic tea dance music along with guest DJ Robbie Leslie.  Many of you may know Robbie as a resident DJ at NYC's The Saint, The Pavilion and Sandpiper in Fire Island, or from listening to him on SiriusXM Radio's Studio 54 station. We will be collecting a suggested, voluntary donation of $5.00 at the door (or more if you are feeling generous) on behalf pf FIPHPS so they can continue their mission of documenting the rich history of Fire Island Pines and Cherry Grove. For more info on their project, visit www.fiphps.org