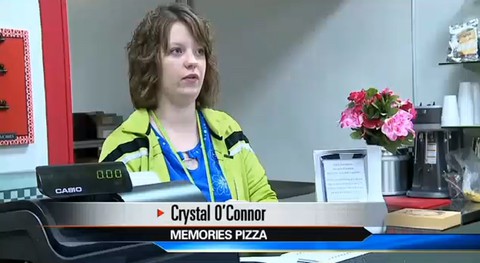 Kevin O’Connor and his daughter Crystal didn’t want gay couples coming into their Indiana pizza shop, and they wanted the world to know it. The 61-year-old co-owner of Memories Pizza expressed his support for Indiana’s Religious Freedom Restoration Act in an interview with his local ABC affiliate. Strictly speaking neither of the O’Connors claimed to have any issue with gay people personally and said that they’d be willing to serve gay customers. But if a gay couple were to try to hire Memories Pizza to cater their wedding, Crystal explained, they would flat out refuse them service as a matter of principle.

Boasting about their willingness to discriminate, however, proved to be bad for business. As word of the O’Connor’s views spread across the internet and in local media, the family was inundated with criticism and was purportedly forced to close the pizzeria indefinitely. 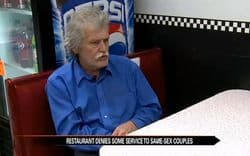 "I'm just a little guy who had a little business that I probably don't have anymore," Kevin O'Connor said in an interview with the Los Angeles Times. "It doesn't change my attitude or stance, but it's hurtful that I can't publicly speak out about what I believe in saying."

Memories Pizza has only been closed since yesterday, but in the hours since the O’Connors turned off their ovens there’s been a groundswell of support for them from sympathizers. In the 22 hours since it was started a GoFundMe campaign to help Memories Pizza recoup some of their economic losses has raised over $220,000.

“Religious liberty is under assault in Indiana and that's never been clearer than with the O'Connor family,” wrote Lawrence Billy Jones III, a Blaze TV contributor who started the campaign. “Rather than allowing this family to simply have their opinion, which they were asked to give, outraged people grabbed the torches and began a campaign to destroy this small business in small town Indiana. All for having an opinion that is rooted in faith.”