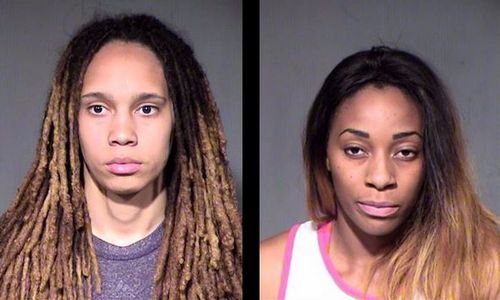 Brittney Griner was arrested alongside her WNBA star finacee Glory Johnson on Wednesday on suspicion of assault and disorderly conduct, TMZ reports:

Law enforcement sources tell us cops were called to Griner's home around 4:30 PM on Wednesday — after receiving a call about a domestic dispute between the two women.

The two were released early Thursday morning. Griner proposed to Johnson back in August 2014.

Previous Post: « X-Men Film Director Bryan Singer on Iceman Coming Out in the Comics: ‘I’m Enjoying the Irony of It All’
Next Post: New Musical ‘Something Rotten!’ Brings Shakespeare and Sex Puns to Broadway: REVIEW »