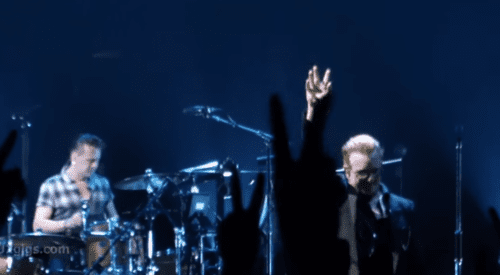 U2 frontman Bono celebrated Ireland’s s strong vote in favor of marriage equality with a heartfelt nod to his homeland while performing “Pride (In the Name of Love)” at a concert in Phoenix over the weekend.

"It's a moment for us to thank the people who brought peace to our country, who had the courage to compromise in Ireland,” said Bono. “Now we turn this into prayer…no greater love. Dr. King we need you now more than ever.”

Ahead of the marriage referendum vote, Bono told the Irish Times "Marriage is now an idea that transcends religion… It is owned by the people. They can decide. It's not a religious institution." The band also sent posted the below photo on its Instagram page: 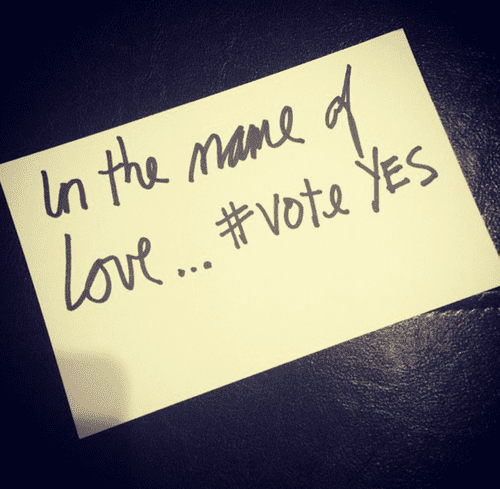 Watch U2‘s heartfelt performance of “Pirde (In the Name of Love)”,  AFTER THE JUMP…