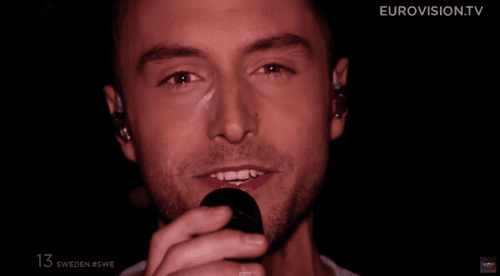 Well this certainly puts a bit of a damper on the camp-tastic Eurovision Song Contest:

Sweden's Mans Zelmerlow won the final of the Eurovision Song Contest in Vienna on Sunday, beating Russia and Italy in the big international talent show which will be held in his home country next year.

The 28-year-old singer and TV presenter performed the winning electro-pop ballad Heroes, dancing in front of a black screen with animated gnomes.

Last year, Zelmerlow came under fire and subsequently apologized for saying “it isn’t equally natural for men to want to sleep with one another.” He also called homosexuality an “avvikelse” which can be translated as "abnormality."

“I want to apologize to all who take offense," he said in a follow up statement at the time. "I believe and hope that the vast majority know that I respect differences and all forms of love.”
Watch Zelmerlow's winning performance during last night's Eurovision finale (which also featured a sky high performance by Conchita Wurst), AFTER THE JUMP… 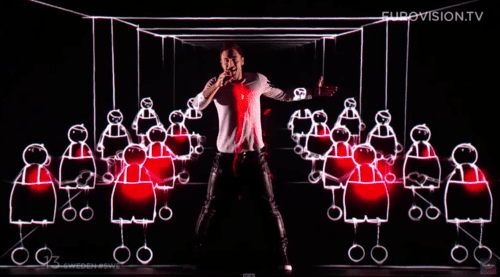