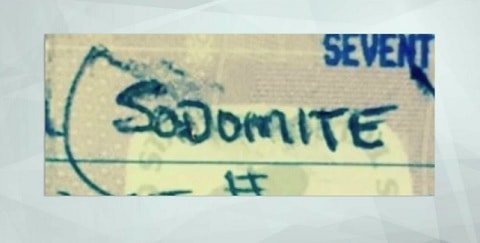 A California man locked in a battle for compensation with a local dry cleaner following damage to throw pillows says he has been on the receiving end of homophobic slurs and abusive language, reports Huffington Post.

When Byron Batista returned to North Hollywood's Rosali Cleaners last January to collect the pillows, he noticed one of them had been badly torn.

The owner – who identified herself as Rosali – refused to give Batista a refund and allegedly began screaming obscenities and slurs at him.

According to Batista, the woman “started saying, 'Fuck you, fuck you, fag’. That's when she took her middle finger and mimicked putting it up her butt."

If you live in the No Holly area, perhaps you should stay away from this dry cleaner, Rosali Cleaners. http://t.co/RxpBmTZLLe

He says he took the cleaners to court not for the $75 dollars refund but because he didn't want a homophobe to win. 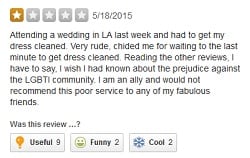 However, he was shocked to discover that the compensation check was made out to Byron "the buggerer" Batista. When he complained to the judge, the cleaners wrote “SODOMITE” next to his name on a follow-up payment.

Batista said that he must now approach the judge again for help.  In the meantime, he wants to ensure that nobody else has to deal with the bigoted cleaners.

"I don’t mind being targeted. I want the community to know that if they want leather cleaned, this is not the place to go."

Watch a Young Turks report on the case, AFTER THE JUMP… 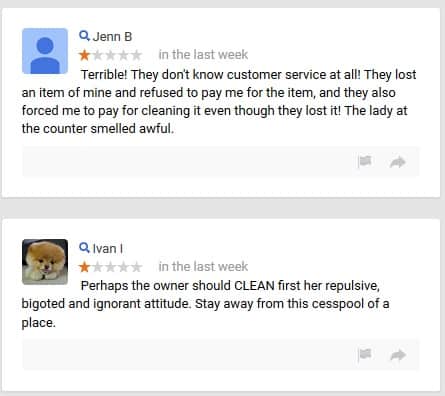