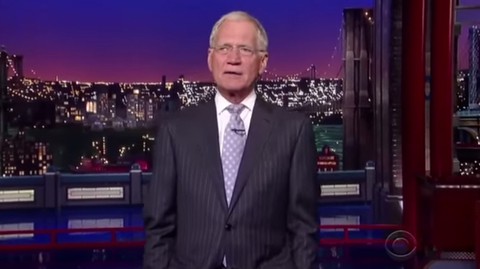 Late night comedian David Letterman quipped on his show last night that Jeb Bush opposing same-sex marriage is about as antiquated an opinion as being against women having the right to vote. Said Letterman:

"Well, like it or not, the presidential campaign has already begun. Jeb Bush. Jeb Bush came out against same-sex marriage. Jeb Bush. Brother of the former president, son of the former, former president came out against same sex marriage. Also came out in favor of the Iraq War. He certainly is a different kind of Republican, isn't he? Jeb says, Jeb says that if you let gay people get married – this is Jeb Bush now talking – he says if you let gay people get married, next thing you know, women are going to want to vote."

Letterman's final show is being taped today at The Ed Sullivan Theater in Manhattan. Stephen Colbert will take over the late show on September 8.

Watch the video of Letterman jab Jeb, AFTER THE JUMP…