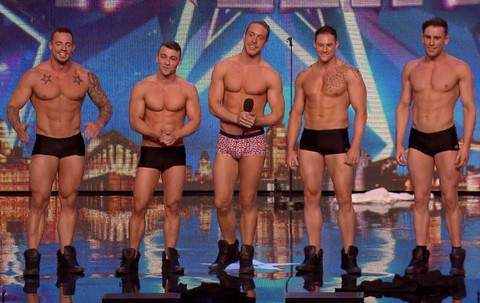 Magic Mike-style strippers flaunted their abs and pecs on the stage on Britain's Got Talent, but not before fooling the judges into thinking they were dealing with a singing soloist named Lewis Codling who was technical difficulties performing Marvin Gaye's "Let's Get It On".

The strippers, who call themselves Forbidden Nights, then launched into a performance of Bruno Mars' "Runaway".