Turkey’s next round of Parliamentary elections could see the election of an LGBT rights activist. Four pro-LGBT rights activists are currently running. Though Turkey is a conservative, predominantly Muslim country with a less than glowing relationship with its LGBT population, the four LGBT candidates are attempting to bring their fight for equality to the national platform. 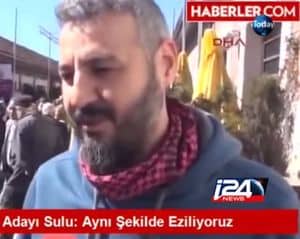 One of the candidates running is Baris Sulu (pictured right). Sulu is openly gay and first made a name for himself when he and his partner unsuccessfully attempted to secure a marriage license. Sulu has since taken his fight to Turkey’s courts with a lengthy legal fight he’s still involved in.

"We are here in this society,” he said to NBC News. “[W]e have our problems and we want to be able to have our say.”

Deva Özenen, a transgender woman whose name will also appear on the Parliamentary ballot, is currently campaigning is Izmir, one of Turkey’s most liberal cities, where she lives and works as a professional translator. Before turning her eyes to politics Özenen, like many of Turkey’s marginalized trans population, turned to sex work to make ends meet.

In an interview with The Independent Özenen explained that as much as her decision to run for elected office speaks to the beginnings of a larger social shift, there’s still a significant amount of work to be done. Should she be elected, one of her primary goals would be to spearhead a law criminalizing hate crimes committed against LGBT people.

“I’m discriminated against for being a transsexual and for being lesbian, because even though some people accept me as a transsexual, when they learn that I’m also lesbian they’re shocked,” she recounted. “And I’m also Christian. I’m accustomed to discrimination and all kinds of insults.”

Watch a news report on Sulu's campaign, AFTER THE JUMP…