Last Wednesday night, a new record was set at the Large Hadron Collider (LHC) when particles were smashed together with vastly more energy than ever before 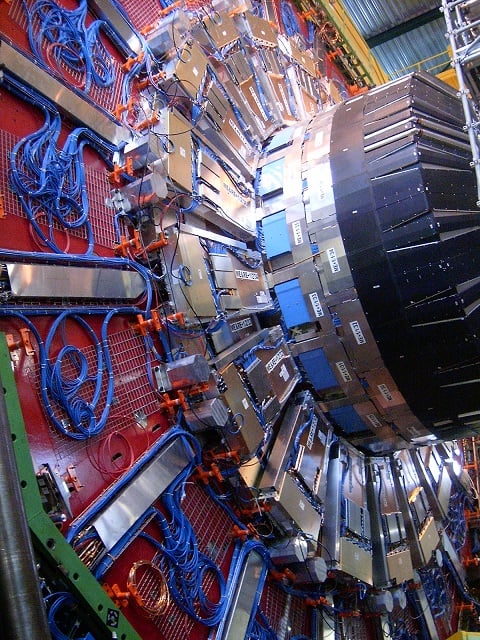 Last Wednesday night, a new record was set at the Large Hadron Collider (LHC) when particles were smashed together with vastly more energy than ever before, reports the BBC.

The LHC, the world’s largest particle collider, lies in a tunnel 17 miles in circumference near Geneva, Switzerland. 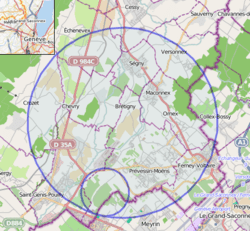 In new trials, two opposing beams of protons were steered into each other producing 13 trillion electronvolts of energy, breaking the 2013 record of eight trillion.

The trial collisions are part of the gradual testing process prior to “physics collisions” next month.

At that point, the beams will contain up to 2,800 “bunches” of protons instead of the one or two currently circulating. Every possible detector will be out to work trying to sniff out the unprecedented particles of debris that fly out of proton collisions at these new energies.

The LHC has been through a two-year refit after producing the first solid evidence for the Higgs boson in 2012.

Prof David Newbold, from the University of Bristol, explained:

“The special thing about the LHC is not just the energy we can collide the beams at, it’s also the number of collisions per second, which is also higher than any other accelerator in history.

“The reason for that is – like the Higgs boson last time – what we’re principally looking for is incredibly rare decay particles. And the more collisions you have per second, the more chance you have of finding something that’s statistically significant.”

Researchers hope that in June, the data emerging from the LHC could represent the biggest revolution in physics since Einstein’s theories of relativity.

Dan Tovey, a physics professor at the University of Sheffield, said:

“It’s tremendously exciting. Individually, we all have the things that we’re particularly interested in; there’s a variety of new physics models that could show up. But to be honest, we can’t say for certain what – if anything – will show up.

“And the best thing that could possibly happen is that we find something that nobody has predicted at all. Something completely new and unexpected, which would set off a fresh programme of research for years to come.”

Watch an LHC explainer, AFTER THE JUMP…