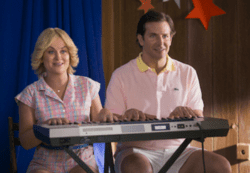 First look at Bradley Cooper and the rest of the returning "teenagers" for Netflix's Wet Hot American Summer: First Day at Camp.

Petition calling on TLC to cancel 19 Kids and Counting in the wake of Josh Duggar's molestation allegations grows to over 12,000 signatures.

Joe Jonas gets naughty with Adam Levine on Instagram.

Mindy Kaling and B.J. Novak to pen book about their relationship. 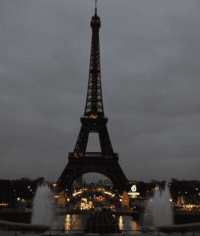 Eiffel Tower staff on strike to demand more help dealing with pickpokets in the area.

The religious right is unsurprisingly furious with Boy Scouts President Robert Gates' call for the organization to end its ban on gay adults.

Yet another Antarctic ice mass is becoming destabilized. "Thursday in Science, researchers from the University of Bristol in Britain, along with researchers from Germany, France and the Netherlands, reported on the retreat of a suite of glaciers farther south from Larsen B and C along the Bellingshausen Sea, in a region known as the Southern Antarctic Peninsula."

Baltimore grand jury indicts all six police officers who had been charged in the death of Freddie Gray. 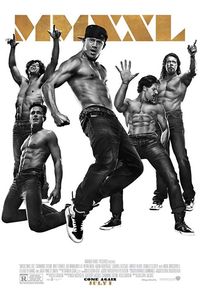 The gang's all here in the new Magic Mike XXL poster.

NYT looks at the lonely fight against Belize's anti-gay laws. "Belize has never had an inciting incident to catalyze a movement, like the 1969 Stonewall uprising. There is no annual Gay Pride parade. No member of government or other prominent figure has ever come out. No gay bars or ritual “safe spaces” exist as places for people to meet, just carefully organized house parties and private encounters on Facebook. The L.G.B.T. community in Belize, with the exception of a dedicated corps of organizers and supporters, remains timid, fractured and apolitical. Unibam itself has only 128 members, in part because of people’s concern that their names could be made public."

Longtime activist Cleve Jones pens op-ed marking Harvey Milk's 85th birthday. "As I look back over the decades, I marvel at the progress our community has made in achieving our rights and know that Harvey would be proud. And as we wait for the Supreme Court’s decision on marriage equality, I know that Harvey would remind us that our struggle is not yet won — no matter what the court decides."

Previous Post: « Texas Church Reverses Course After Relegating Gay Couple To Side Chapel For Son’s Ceremony: VIDEO
Next Post: Sunny D’s Latest Ad Is A Blast From The 90s Past: WATCH »