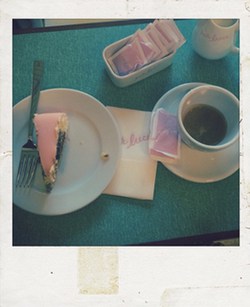 Wes Anderson aficionados rejoice: the filmmaker has designed a restaurant in Milan that is, as you might hope, a Wes Anderson set come to life.

Tom Hardy talks past drug use: "I would have sold my mother for a rock of crack."

Is Sex and the City 3 in the works? Looks like no.

Madison, Wisconsin Police Office Matthew Kenny, who in March shot and killed 19 year-old Tony Robinson, an unarmed biracial male, will not face charges from the DA. His deadly use of force was deemed lawful.

Anti-gay florist writes op-ed in The Washington Post, gets trolled by commenters.

After its recent elections, the United Kingdom may now have the most gay, lesbian and bisexual legislators of any country in the world. 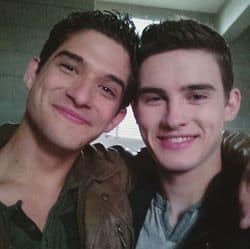 Conservative talk radio host Laura Ingraham eviscerates Jeb Bush's defense of the Iraq War: "You can't still think that going into Iraq, now, as a sane human being, was the right thing to do. If you do, there has to be something wrong with you."

Kieron Richardson, out gay star of British TV drama Hollyoaks, talks about his recent nuptials and his baby plans.

Updates from the up-fronts on season 2 of Empire. Updates that potentially include the addition of Zac Efron? 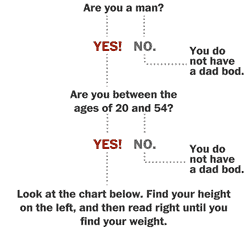 Fox News gets hot and bothered over a UCSD professor who asked students to get either "physically or emotionally naked" for a final exam on "Performing the Self."

The Washington Post has a flow chart to help you figure out if you have a "Dad Bod."

Michael Sam's chances for making an NFL team this year are not looking good.

Previous Post: « Texas Lawmakers To Consider Anti-Gay, ‘License To Discriminate’ Adoption Amendment
Next Post: STUDY: Number of People Calling Themselves ‘Christians’ Dives Over The Past Decade »