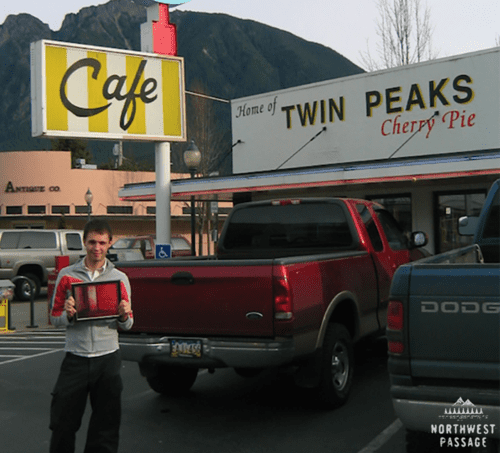 Filmmaker Adam Baran is a vortex of the ’new’ New Queer Cinema – a former editor at Butt Magazine, a programmer for Outfest and NewFest, and co-curator, with Ira Sachs, of New York’s Queer/Art/Film. His new project Northwest Passage tells the story of queer filmmaker Travis Blue, who grew up in the shadow of Twin Peaks, filmed in his hometown.

The film grapples with gay adolescence in the 90’s, and issues of LGBT abuse and homelessness. Yet these themes are filtered through a Lynchian lens – call it ’social-surrealism.’ Currently being launched on Kickstarter, Northwest Passage is a film both by and for queer people. There are 5 days left in the campaign, which is offering some of the coolest Kickstarter rewards I’ve seen to date. 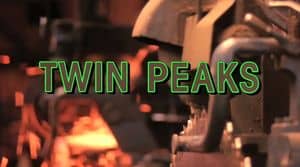 David: Did you watch the pilot when Twin Peaks first came out?

Adam: No, I didn’t know about it until a few years later when I started to get into films and David Lynch and things like that.

David: So as a teenager, did you feel like the show was in some way queer while you were figuring out your queerness?

Adam: In retrospect, maybe. There’s something about Lynch’s work that presents the underworld in everything, and I think as gay people we know the underworld better than straight people. Of course, Lynch was showing the straight underworld: the secret sadomasochistic things that go on behind closed doors and the terrible things that people do to each other, but it still had this very queer angle to it. Laura is keeping her sexuality – her intense, extreme sexuality – hidden from her parents, and she’s going out to work as a prostitute and to the secret underground clubs where everyone’s having sex with each other. Definitely that world is the world that I wanted to live in (laughs) in some way! I think the reason I’m attracted to and Travis’s story is because he really actually lived it.

Adam: Yeah, in addition to Twin Peaks I would say My Own Private Idaho was Travis’s other inspiration. 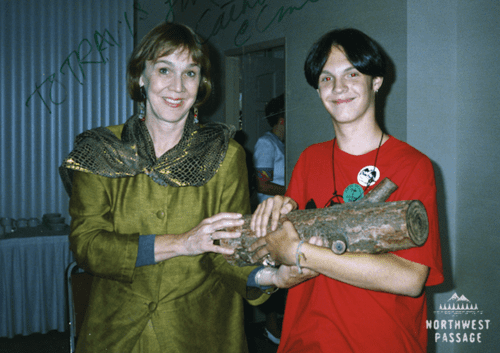 David: Twin Peaks became part of the queer canon in some way, without being explicitly gay.

Adam: Lynch has done lesbian stuff. And in Blue Velvet, the most famous creepy moment in Blue Velvet is where it’s implied that Dennis Hopper’s character rapes Kyle MacLachlan’s character, forces him to wear lipstick. So, I think David Lynch – he’s used it in some ways to shock, but by Mulholland Drive it’s a progression to actually considering this lesbian love affair as this grand time unbending thing.

Adam: Yes. Anything helps. I did my first film Jackpot  (right, which you can watch on Towleroad) as a Kickstarter, and this continues the theme – what did our queer youths look like? How do we determine who we are, based on the information that we receive in childhood? Unfortunately, because gay youth are underrepresented, we have to look at straight characters to try and find ourselves in coded spots.

David: I didn’t really watch Twin Peaks back in 1990 – will I still be interested?

Adam: I think for any gay people who had a hard time figuring themselves out, Northwest Passage is going to portray it for the first time in a really strange and honest way. This is a film that has the power to help a lot of gay people, and people who are going through things that Travis went through. It’s not just about Twin Peaks – it’s about surviving abuse and homelessness, and things like suicide prevention, which the media overlooks in favor of gay marriage. Even now, kids are getting kicked out of their houses and and ending up in sex work, before they’re really able to figure out who they are. This is a film about that journey, how we figure out, as gay people, who we are.

Watch the teaser trailer (briefly work-unfriendly) for Northwest Passage on its Kickstarter page.