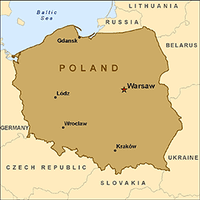 Lawmakers in Poland have overwhelmingly voted against any discussion on a proposal to provide civil partnerships for same-sex couples, reports Poland Radio.

The proposed law would have allowed for joint payment of income tax, the right to inheritance and social security benefits in the event of the death of one partner.

However, it is now likely to be shelved after MPs voted against any discussion on the matter.

Wincenty Elsner from the Democratic Left Alliance – the party that originally proposed the law – said that a motion on its discussion would be introduced in the next parliament following October’s elections.

Last year, officials in the small Polish town of Tuszyn banned the use of Winnie-the-Pooh at a local playground over concerns that the bear is an "inappropriate hermaphrodite" with "dubious sexuality."