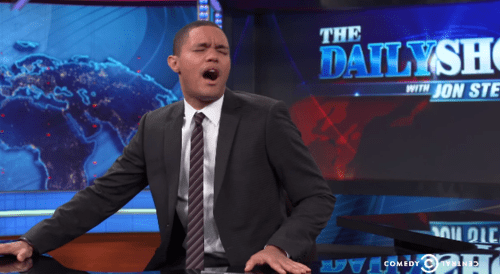 Jon Stewart is slated to take his last seat in The Daily Show’s hosting chair on August 6th before handing the show over to Trevor Noah. Since being announced as Stewart’s successor earlier this year, Daily Show fans have been eager to find out just what kind of host Noah will turn out to be. If the first teaser featuring Noah sneaking onto the show's set is any indicator, he’ll fit right in.