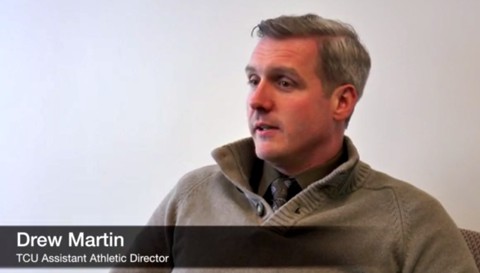 Three journalism students at conservative Texas Christian University in Fort Worth have created a powerful documentary about the intersection of homosexuality and faith. 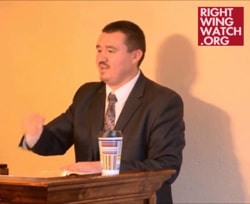 "Faithfully Gay: A Documentary" begins with clips from a hateful sermon by Donnie Romero, pastor of Stedfast Baptist in Fort Worth, in which he says gays should be put to death.

Rev. Todd Boling, an associate chaplain at TCU, said Romero doesn’t represent the majority of the community though.

"I think people in Fort Worth tend to be pretty accepting and kind," Boling said. "But I don't see Fort Worth being a place where people in the LGBTQ community feel celebrated." …

To Boling, people who criticize homosexuality by using the Bible need to understand the historical and cultural contexts of when the text was written.

"Knowing who's saying something, who they're saying it to and what's going on in society that makes those words relevant at that point in time are important if we're going to fully understand what scripture is communicating to us," Boling said.

In addition to Boling, the documentary features interviews with two openly gay students and associate athletic director Drew Martin, as well as two brothers who oppose homosexuality, one of whom is Mitchell Traver, a star pitcher for TCU's baseball team:

"Never, in anything that you do, like in any sort of sin on any kind of spectrum, should you actively walk in sin and then say you're pursuing Christ," Mitchell Traver said. "The cross of Christ can heal anything…but it also takes time. God's time."

"Homosexuality is an area of struggle," Spencer Traver said. "Whether it' seen that way or not, it's sin and sin is where we're gonna struggle. It's human's biggest battle."

Watch "Faithfully Gay," AFTER THE JUMP …